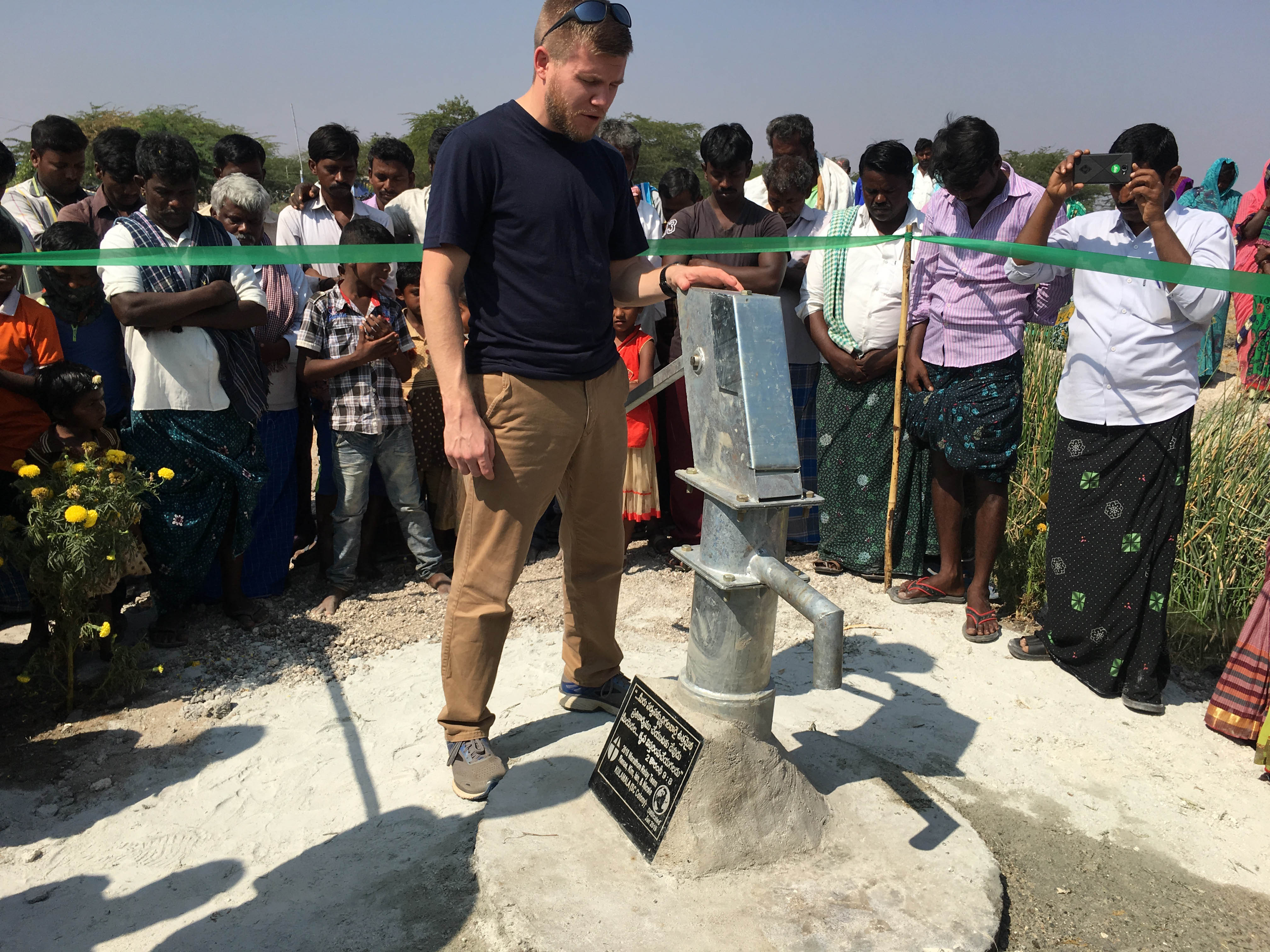 When Ian went to India this year, God showed him some amazing things that he would have never expected. It was his first time traveling this far from home without his family. From the moment he left Central Pennsylvania, God made it known that Ian and his team were not in control, but He was. Even though they had a set itinerary and a plan in place, God decided to lead them in a different direction and determined their steps. Their flights were delayed several times, they missed flights and their host in India’s father passed away, which interrupted a lot of their team’s plans.

The highlight of Ian’s trip, though, was getting to see the water well his relay team ran for in the Harrisburg Marathon that past fall.

“We traveled for a while on this rural dirt road and I have to admit I was a bit car sick,” Ian said. “All of a sudden, there was a group of people in the middle of the road. We came to a stop and I realized they were there to celebrate with us! We were received with laughter, shouts of praise, smiles, hugs, and handshakes. It was truly overwhelming and I had tears flowing down my cheeks as we walked across the field to the water well. There were about 100 people at the water well dedication to celebrate.”

The way that God worked through Ian in the unexpected experiences, the people he met, and the emotions that he had, were what made this trip to India one of the most amazing experiences he ever had. This trip was a reminder to Ian to not hold on too tightly to his plans, because God always has something better planned.

Click Here to learn more about running for water wells in the Harrisburg Marathon!