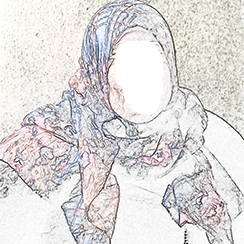 Rania, a widow whose 19 year old son lives with her, came from Dir Balba, Homs, Syria in 2013. The Syrian army had taken their 15 year old son and his uncles and beat them. Once they were able to escape, the family started toward safety in Jordan with only the clothing they wore.         Her son works selling potatoes and produce and she works whenever she finds something she can do. She freezes produce from the summer months and sells it in the winter, to help with expenses. She is trusting God to make Syria safe again so they can return there.