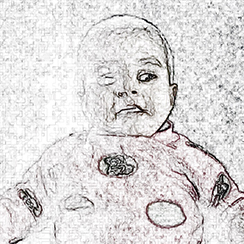 Khalil and Bothina came from a village outside Homs, Syria. After a brother was killed in a school bombing, several males in her family being abducted and never heard from, and another brother in a refugee camp near Turkey, her family left for Jordan in 2013. She married Khalil, a Syrian refugee in Jordan in 2016, has a son, and is expecting twins in August, 2018. They are in arrears in their rent, and still owe the hospital bill from the first child. Her husband’s injuries in a home bombing have left him with difficulty working, even though it is illegal.