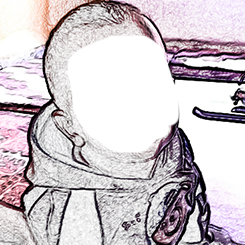 The family sought refuge in Jordan after their home in Homs was destroyed in a bomb attack in 2013. Like many Syrian refugees, father “Walid” is not allowed to work in Jordan. If he is caught the local authorities may send him back to Syria. They have a 4-year-old and a 3-year-old. He also cares for his father’s family.