According to the UNHCR there are more than 750,000 refugees presently living in Jordan. Jordan hosts the second highest share of refugees in the world.  The majority of the refugees are from Syria, although they host refugees from 57 different nationalities. 83% percent of Syrian refugees live in urban areas while 17% live in three refugee camps. 48% of the refugees are children. The large refugee population in Jordan causes stress on both their economy and society in general. While Jordan has been very kind and generous to allow refugees to come to their country there is very little opportunity for employment or assistance in general.

Global Partners has the opportunity to impact hundreds of refugees in Jordan, to show and share real love. We see ourselves as one small part of their journey before they immigrate to a new country or go back to their homeland. 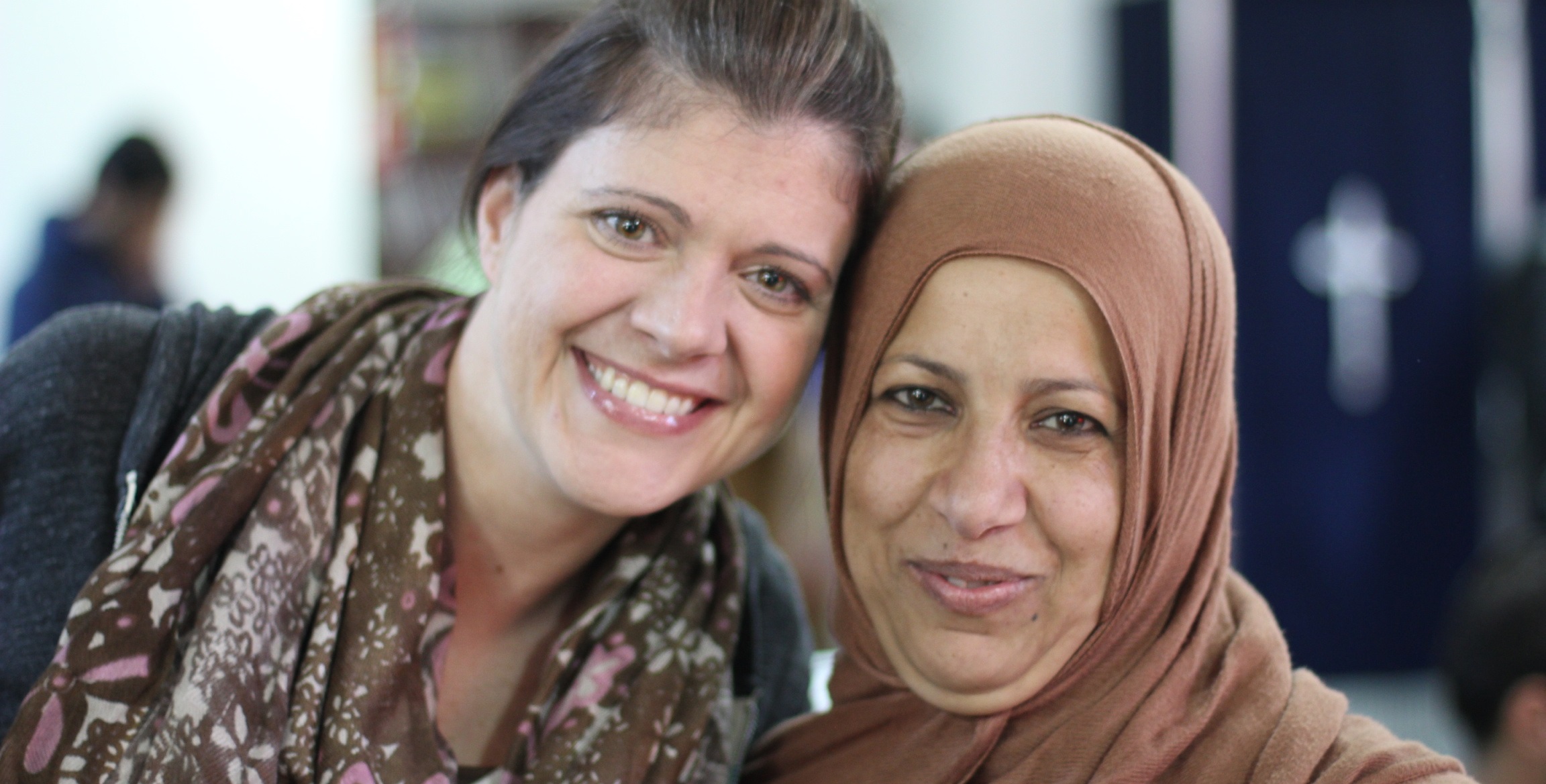 Due to the vast array of needs in the refugee communities in Jordan, we have many opportunities to share God's love in tangible ways. We invite you to pray and partner with us in bringing hope to refugees living a life in-between. 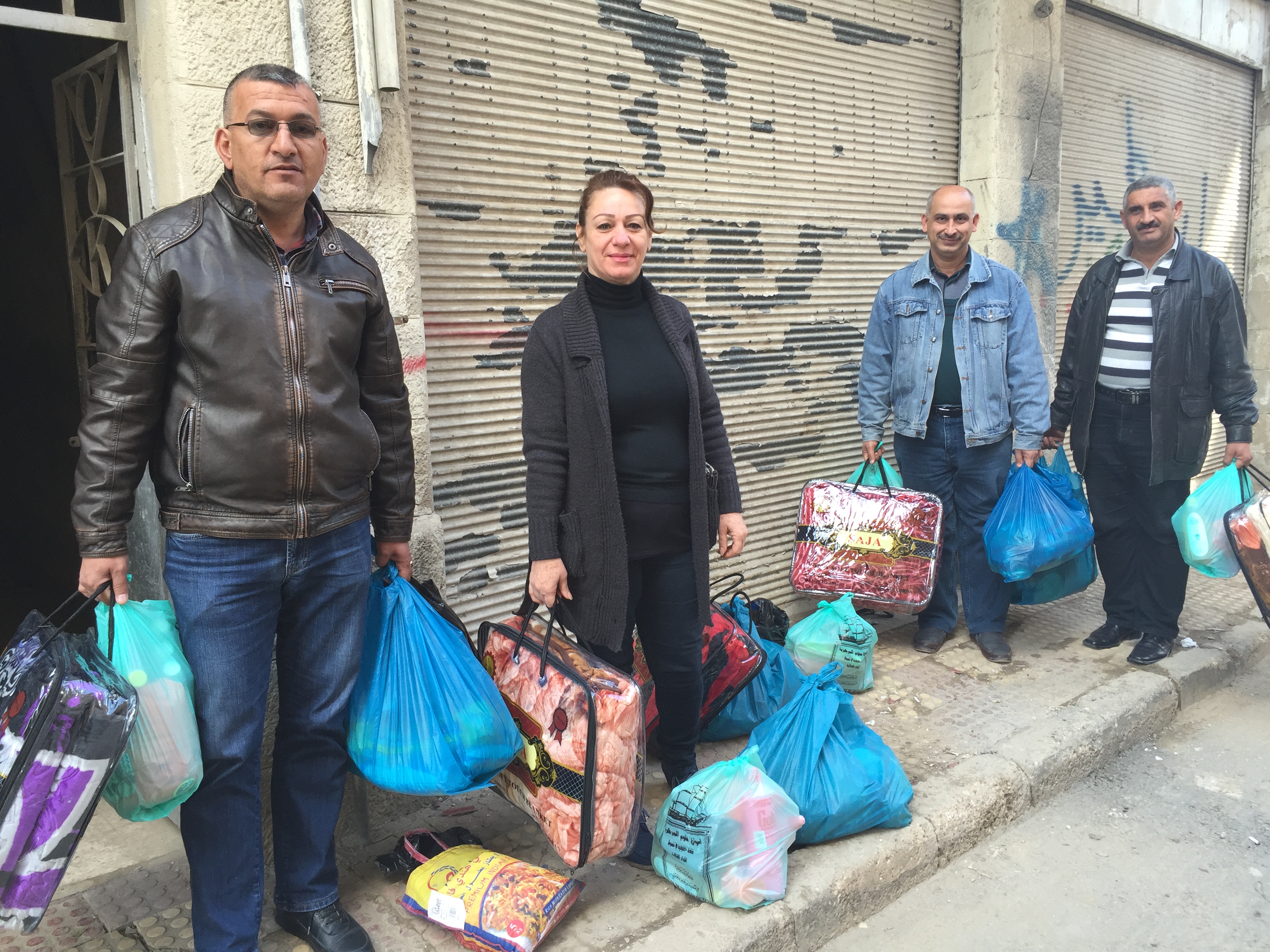 We help families with monthly food vouchers through our sponsorship program. By providing this food voucher, it frees up other possible income to be used for medical care, education, shelter and clothing.  Every few months, as God provides, we have a large distribution to help many families in need.

Give a Monthly or One-time Gift

Each month we distribute hundreds of diapers to refugee families with babies and toddlers. This is a large expense for families, especially when they have multiple children. Providing diapers helps free up other income they have for food and shelter. We also help a number of people with disabilities who need adult diapers. 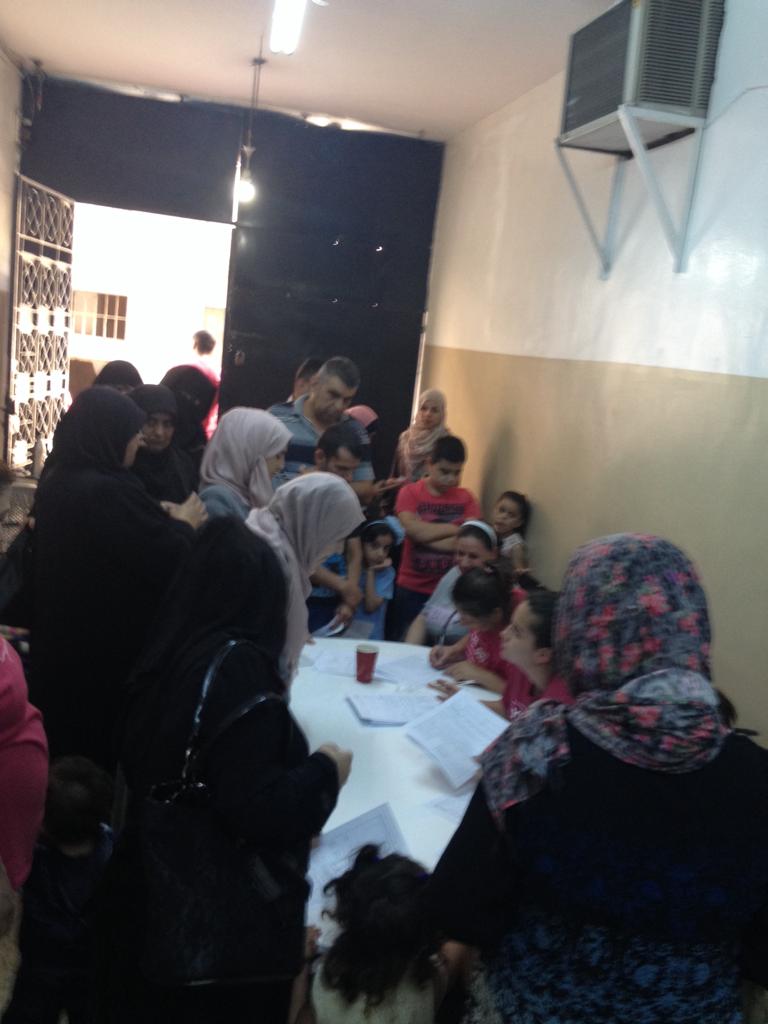 Almost every day a refugee comes to the Community Center to ask for some type of medical assistance for a family member in need. Past needs have included cancer treatment, labor and delivery care, surgery, high blood pressure and diabetes care. Because many cannot afford simple prescription medications, their medical conditions worsen. Typically, children suffer the most. Each week we offer an eye clinic at the Community Center and on occasion we have medical and dental clinics as well. 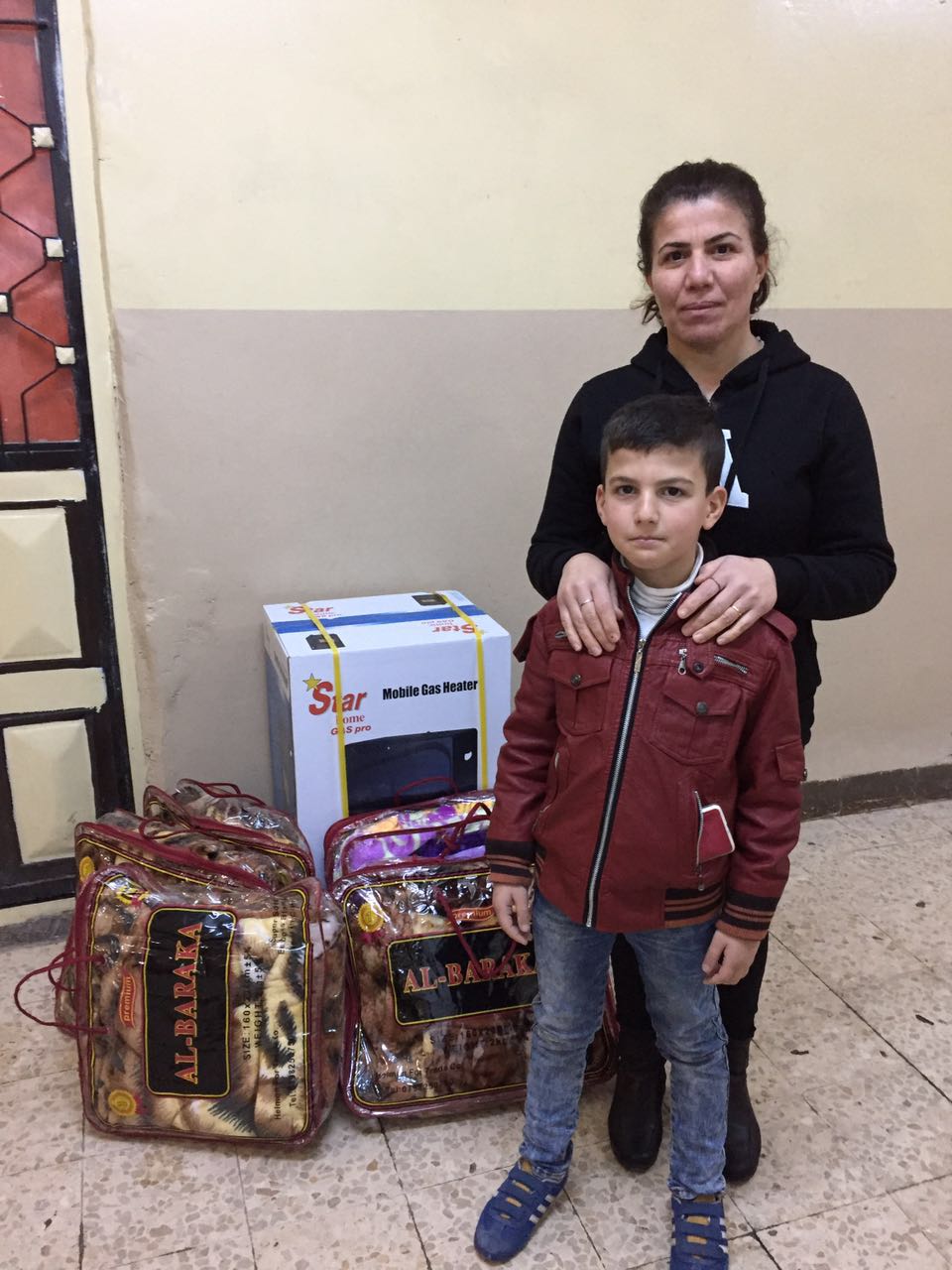 The winter months in Jordan are very damp and cold. Most homes are made of concrete, which does very little to protect from frigid temperatures and humidity. Many adults and children remain sick throughout the winter months because of the lack of warmth. Each winter we provide blankets to refugee families to help keep them warm during the night. As God provides, we are able to help some families with gas heaters and gas bottles, which will keep one room warm for a family to sleep in at night.

Because the majority of refugees are not allowed to work, we have started a monthly sponsorship program to help some of the families that we know that are in the greatest need. Sponsors will receive a quarterly update with prayer requests and stories from families who have received help.

Learn More or Give

Throughout the year, as teachers are available, we offer English classes to refugees. In some cases, we go to their homes to have weekly lessons with a whole family desiring to learn English. Most refugees that emigrate from Jordan will go to a country where English is the primary language. If they arrive in their new country with English proficiency, it allows them to acclimate more quickly and opens up employment opportunities. If you would like to come to Jordan to teach English to refugees, please contact us. The longer you are able to stay, the more effective you can be in helping them learn English.

Every few months we offer courses for refugee women at our Community Center. We offer weekly lessons on basic skills to help them make the most their time in Jordan and prepare for the future. Specific subjects include: budgeting with a limited income, creating a resume, utilizing programs and benefits available to them in Jordan, interacting with others in their community,  providing income for their families from the home, learning how their personal giftings can help themselves and others, and more.

Nawal* and Sahar* are sisters from Homs, Syria. While both were pregnant with their first children, they had to flee because of a 4-year siege of their home city...

In August 2014, the town that David and his family were living in on the outskirts of Mosul was about to be taken over by ISIS. The family packed up their important documents and got in the back of a caged-in pickup truck with more than 40-50 others to flee for their lives...